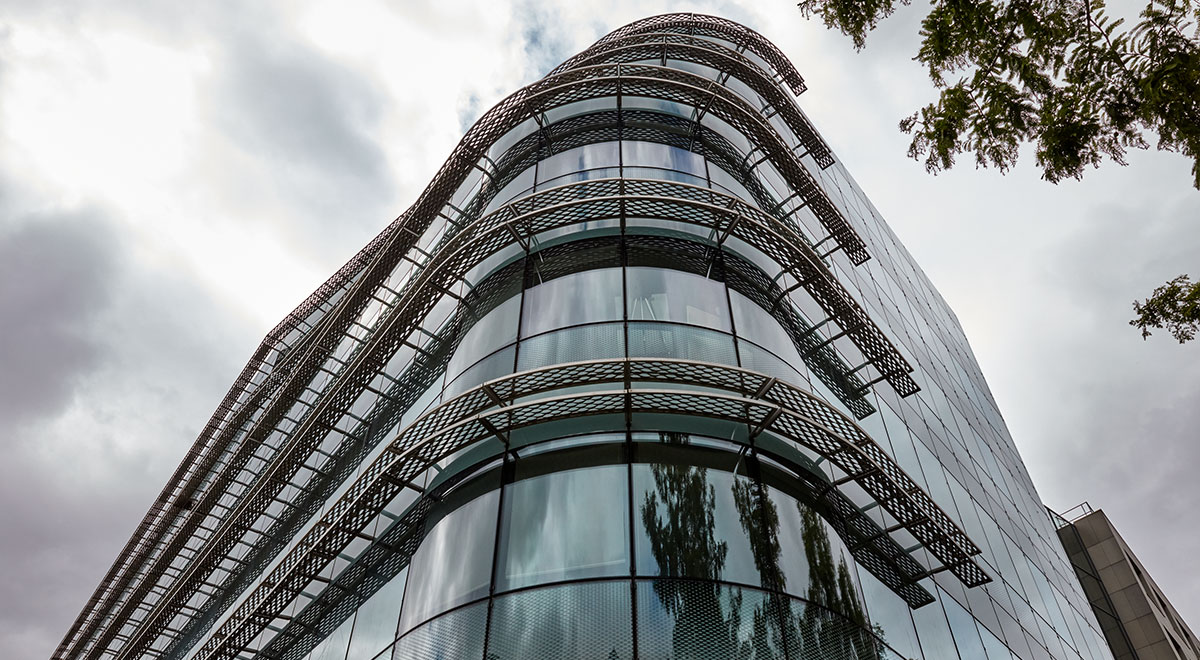 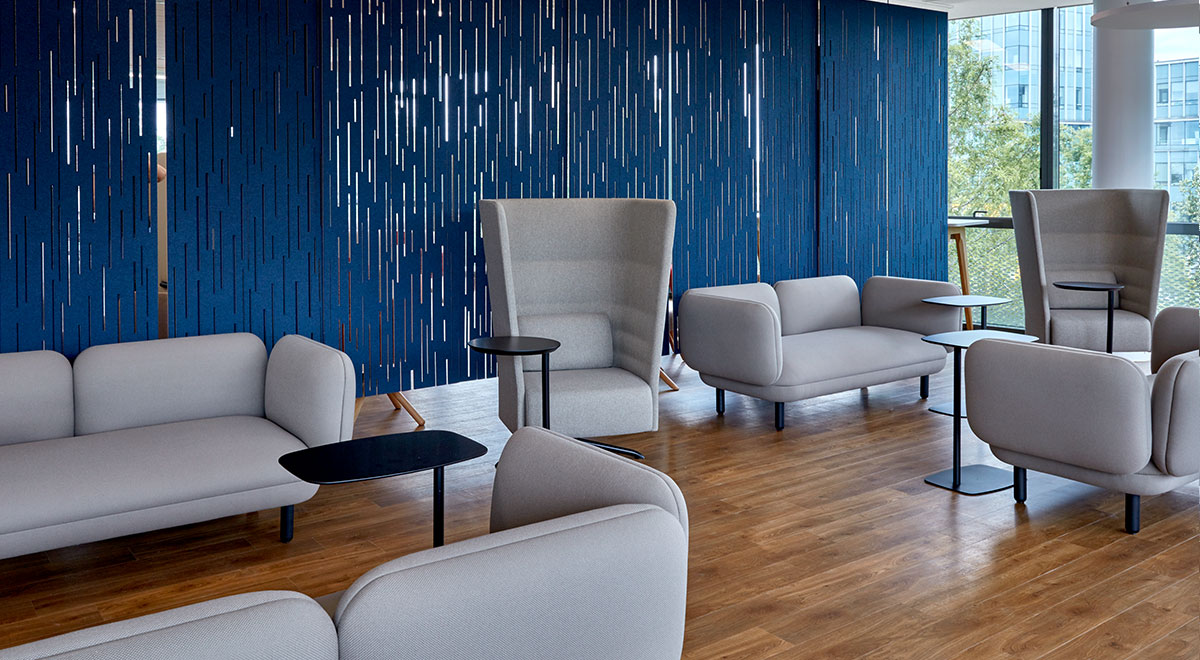 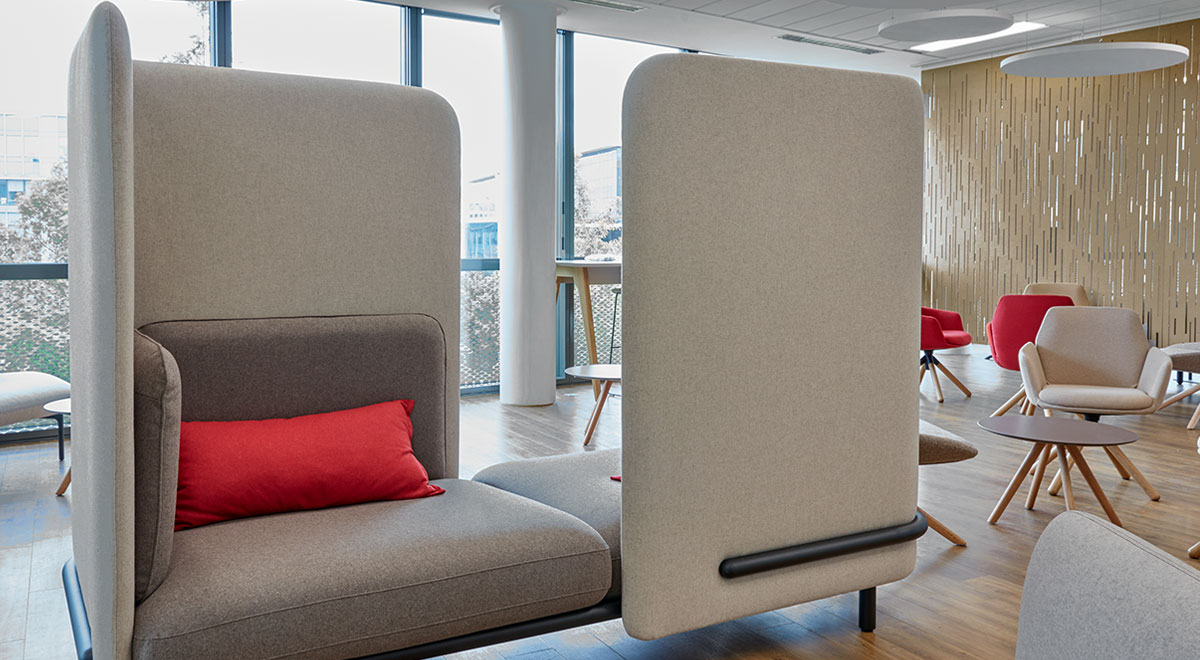 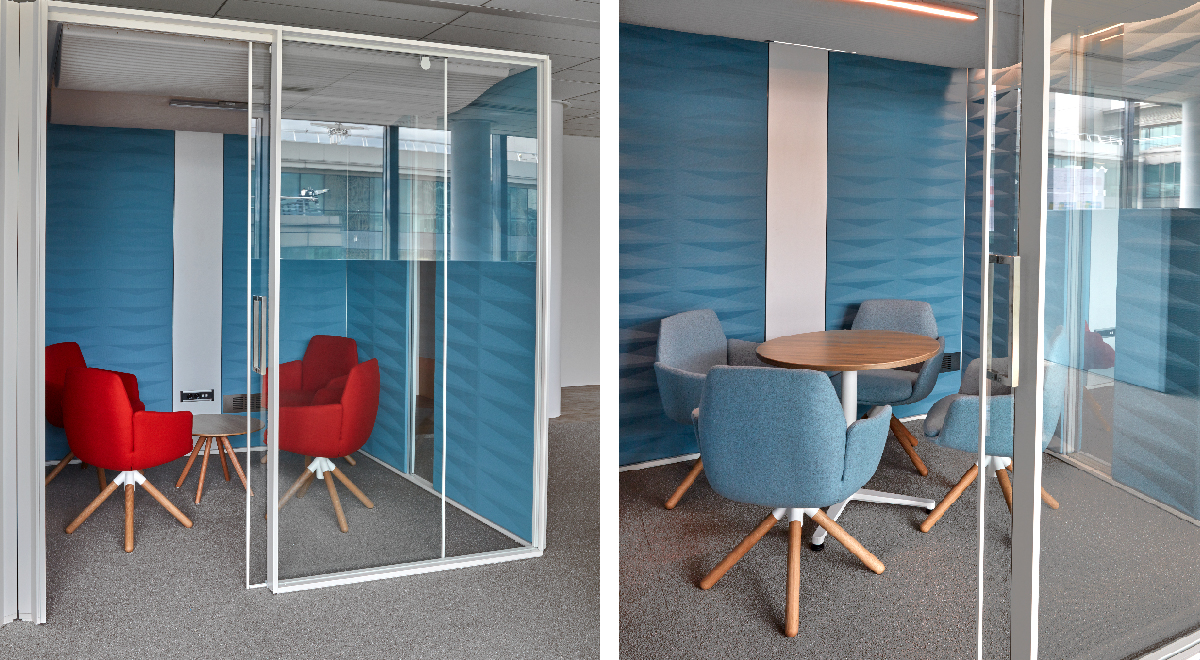 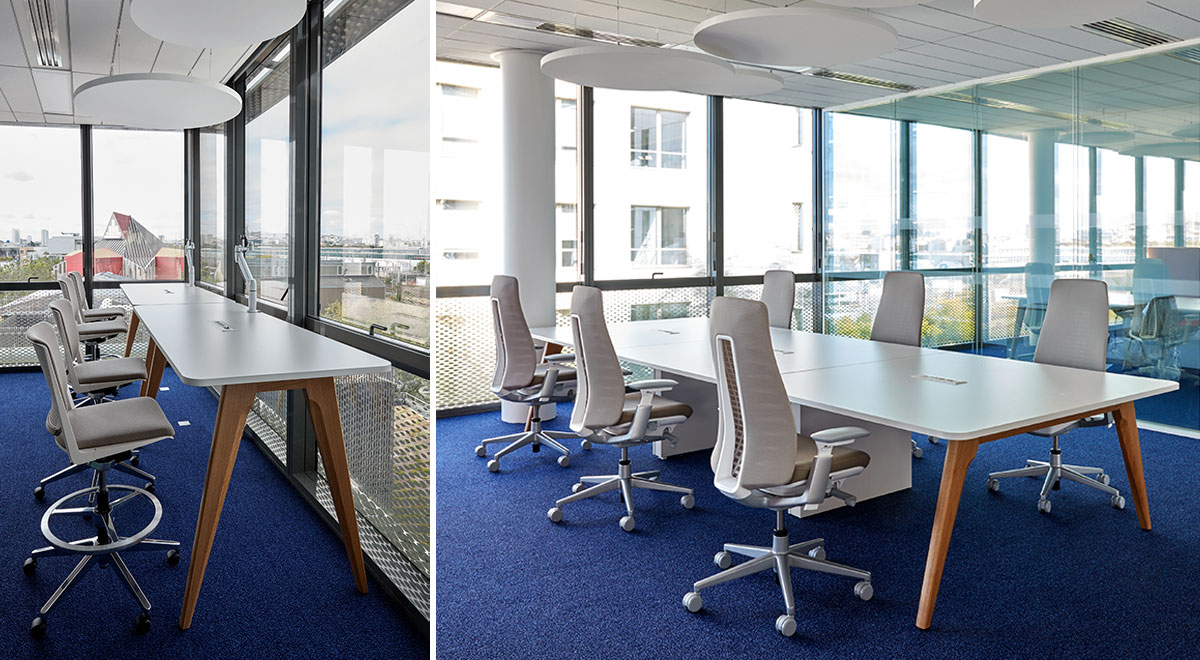 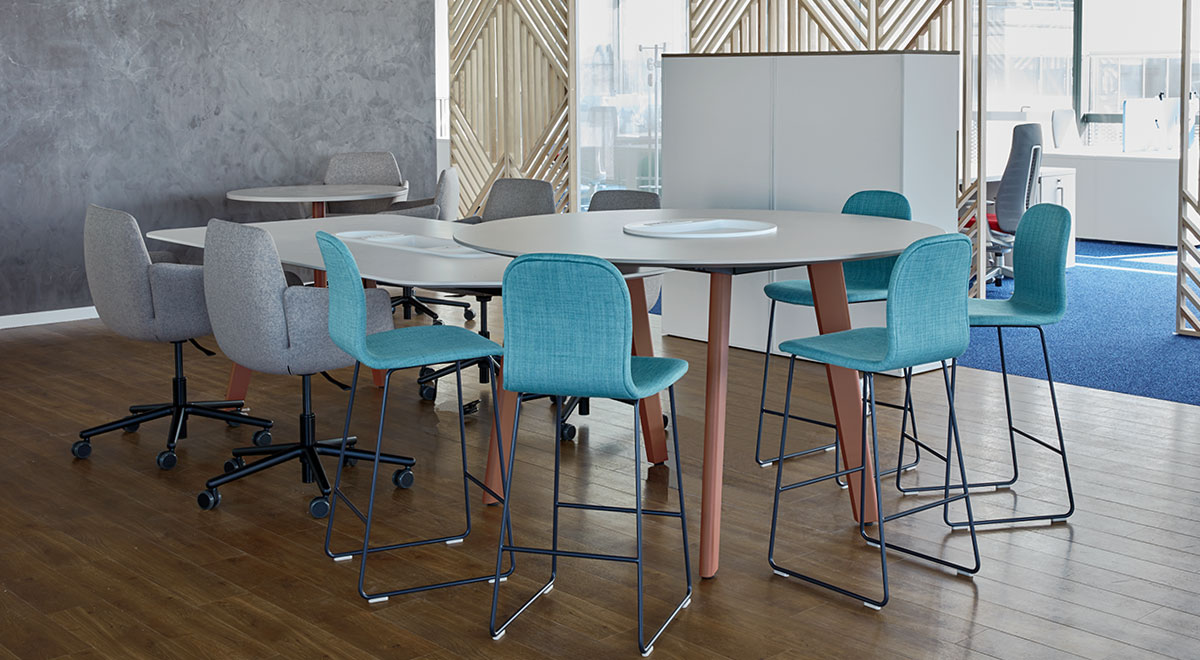 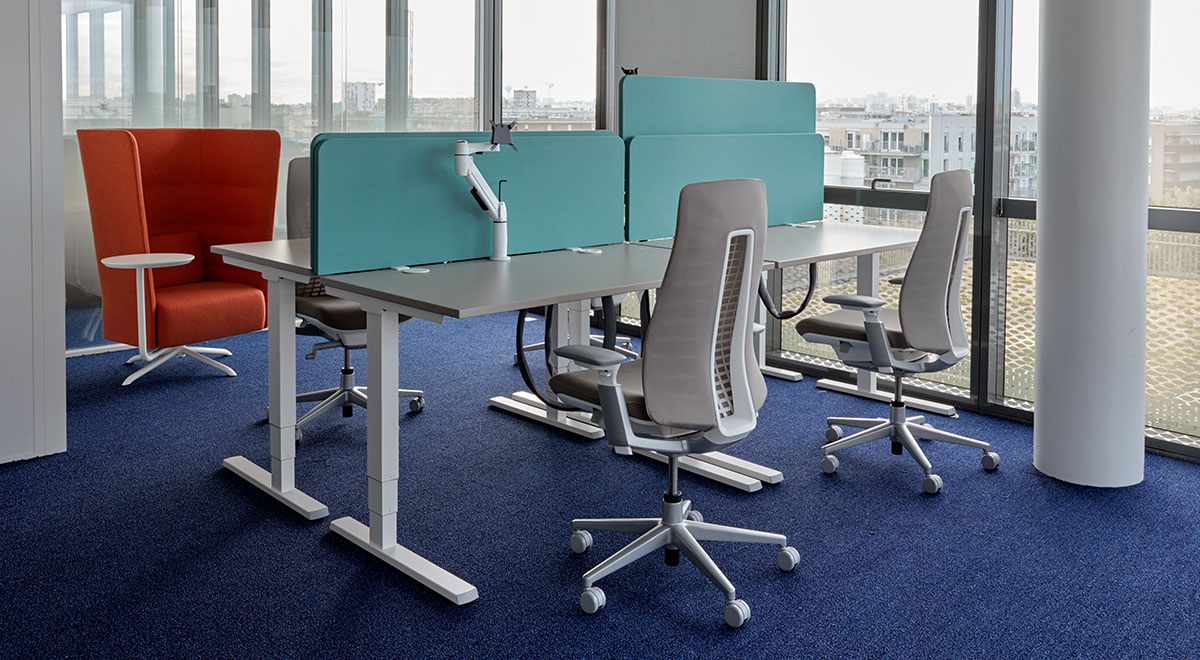 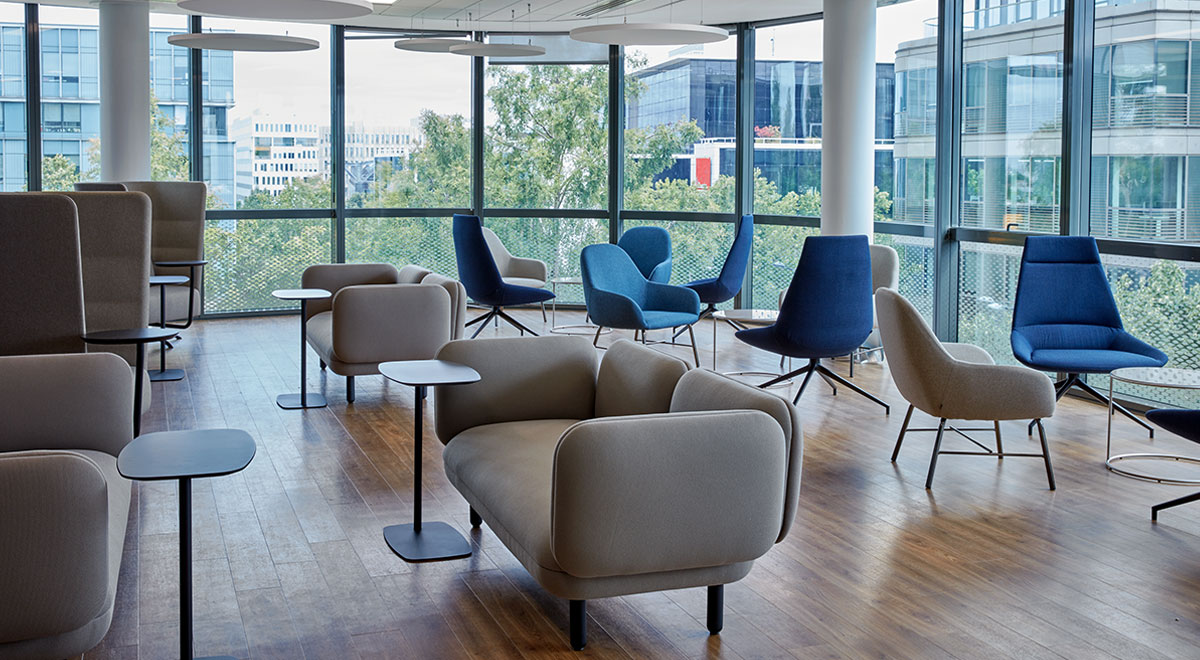 The Société Nationale des Chemins de Fer français (SNCF, "French National Railway Company") is France's national state-owned railway company. Founded in 1938, it operates the country's national rail traffic along with Monaco, including the TGV, on France's high-speed rail network. The SNCF Group employs more than 260,000 people in the world. Since July 2013, the SNCF Group headquarters are located in a Parisian suburb in Saint-Denis. In successive phases, the corporate divisions of the SNCF are being grouped on this new campus. Between August 2019 and July 2020, Haworth helped two branches in charge of the executive recruitment to set up in their new commonplace.

The project consisted in creating reception and assessment spaces for the applicants over an area of 1000 m2, with two distinctive welcoming ambiences, while providing the fifty people working on this floorplate with a flexible workspace adapted to the confidentiality needed by their missions. • Timeframe of the project: 11 months

In addition to supporting the change initiative, Haworth also contributed to building an environment that enhances SNCF's corporate identity and attracts candidates.

A significant effort was made, in collaboration with the SNCF, to create applications that allow candidates to feel relaxed and comfortable during interviews and tests.

Ergonomics was at the heart of the proposals, with both seated and standing workstations and Fern chairs. The colour palette was also carefully considered.

Haworth was able to offer standard ranges, custom furniture as well as a range of third-party products, thus meeting all the expectations and requirements of the SNCF project team.

Haworth was able to offer standard ranges, custom furniture as well as a range of third-party products, thus meeting all the expectations and requirements of the SNCF project team.

This challenging project for SNCF, where no interior designer was involved, necessitated a high level of availability from the Haworth teams. The customer project team confirms that this new environment is a great showcase for the SNCF brand image.